Vehicles without a driver

Subways, trams or buses with drivers are still considered “normal”, while vehicles without drivers seem to be like a distant dream, although a driverless underground has been in operation in Nuremberg for years.

However, VGF and its partners Rhein-Main-Verkehrs-Verbund (RMV) and the municipal public transport company traffiQ have taken to the streets rather than the rails to test driverless driving: with the joint pilot project EASY (Electric Autonomous Shuttle for You).

In this project, autonomous vehicles and their usability for public transport were tested. The key focus was on one thing: How can autonomous vehicles be integrated into public transport, and under what circumstances is this possible? The prominent test site was Frankfurt’s “Mainkai” – which was closed to car traffic at the time – from September 2019 to June 2020. Two test vehicles were used. They each offer six seats and drive autonomously at a speed of up to 15 kilometres per hour. An operator who can intervene at any time in an emergency was always on board. 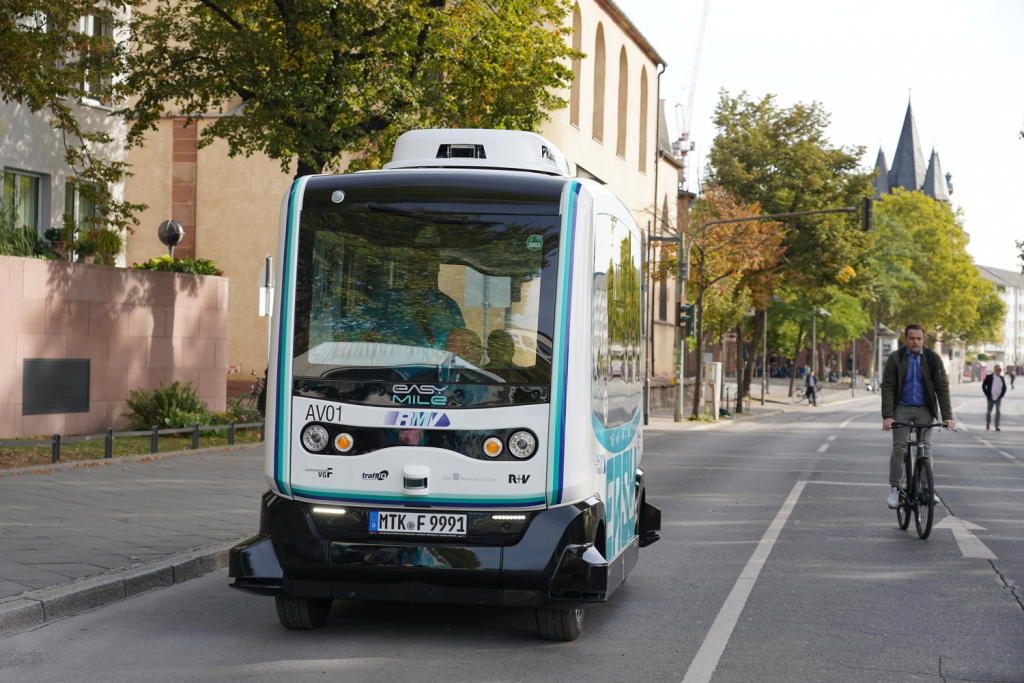 The RMV subsidiary rms handled the project’s overall management during the tests, while the RMV subsidiary fahma acquired the vehicles and provided them. VGF was responsible for the operational implementation, while traffiQ provided support with official and organisational issues, as well as with the planning of the route. 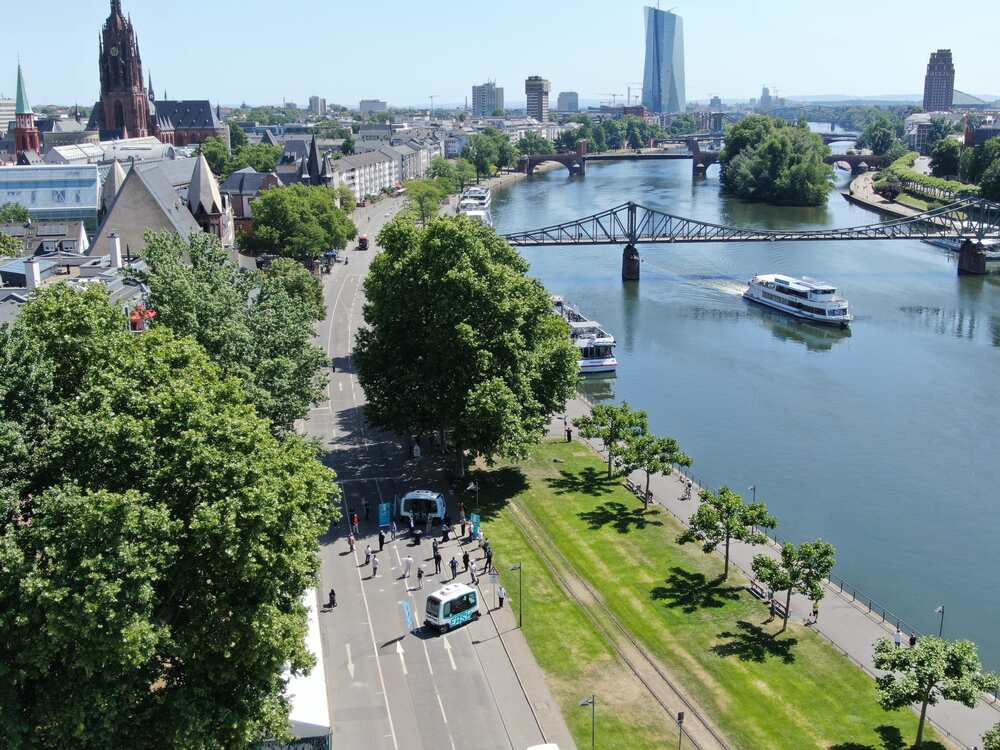 Scientific support for the pilot project was provided by the University of Applied Sciences Frankfurt am Main, which was supported by the House of Logistics & Mobility (HOLM) as a regional development and networking platform.

During their test phase, the two AV buses (AV stands for Autonomous Vehicle) covered more than 6,600 kilometres on the 700-metre test track. More than 25,000 people tried out the autonomous vehicles. To date, there has been no other test field in the world where so many passengers were transported in such a short time. The employees of the VGF Workshop, in particular, learned a lot about the technology of these vehicles and can now use this knowledge for the operation of our underground trains and trams. 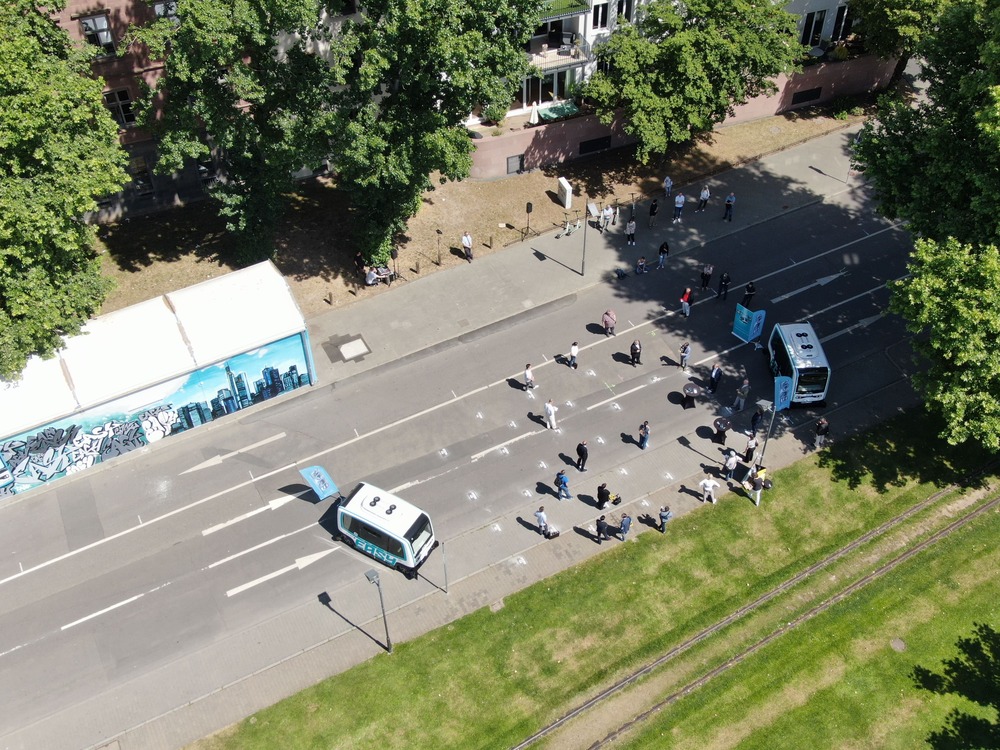 Further testing is currently underway, this time a test without an operator on board on the premises of the VGF’s Central Light Rail Workshop. Once the test phase is complete, VGF will be able to use autonomous vehicles for public transport in Frankfurt.

Back to
Projects in implementation